I’ve updated the cruise map pictures that I produced and posted before we set sail.

The updated maps have been changed to reflect the port deviations we experienced at the start and the end of our journey.

The revised maps for each of the eight separate sailings are collected together in the attached gallery.

Click on an image tile to view the map. 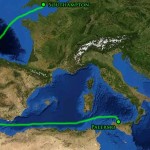 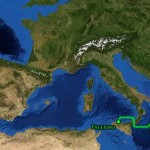 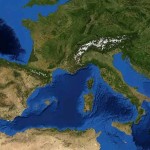 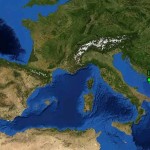 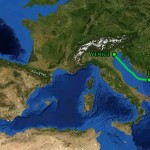 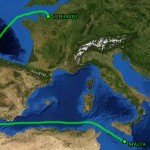 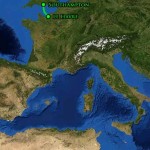 Finding it very difficult to put the time in to create a detailed log/blog so the entries, so I won’t be uploading every day (but now, midnight local time, network is very fast). Also, as the connection is very slow just uploading the simplest of entries is extremely time-consuming. I’m keeping a much more detailed journal but that won’t go online.

Unless I decide to post at midnight, the network is faster!

Having checked the suggestion that we turned back to pickup some shoes Tina may have left behind this turns out (surprisingly) not to be the case!

OK, the captain tried to secure a birth in Gibraltar but it was full. The only sensible port while maintaining any sort of sensible schedule is Sicily, which is en-route. We’re stopping in Palermo which many passengers say is a dump. Mmm, I’m not sure, have you seen the worst of most of our own cities?  But it is a couple of nights away, we won’t be getting there until Friday (21st).

So, nothing significant to report other than the most choppy part of the cruise was the few hours getting past Gibraltar.

Another day at sea. Although it’s breezy its relatively warm (19 degrees Celsius). Doing a lot but nothing significant to report. Not getting any reading done – funny – there’s always something to do – walk the prom deck, bathe in the spa pool, eat, drink, eat, drink, dance, sleep.

Today’s our unscheduled stop at Palermo (Sicily). We arrive early but it’s only half a day and we have to leave early to pick up lost time and get to Zakinthos (Greece) without losing any more time.

Main city and lots of really interesting architecture, shops and sights are within a short walk from the ship, even though it’s over a very busy road. Anyway, it’s Italy and that’s part of the fun. The transition over the road is helped by a policeman directing traffic so it turns out to be relatively easy to stroll into town.

A great walk and although it is undoubtably grubby it turns out to be a lot cleaner than the port we see tomorrow! We get some shopping in and visit a few very old churches before walking back to the ship for an afternoon’s sunbathing! Yes, it is very warm today, warm enough for us all. Full sun all day and an enlightening and interesting port.

Overnight from Palermo we get back on schedule with our stop in Zakinthos (Greece). We have nothing planned so it’s another walkabout again. We stroll around the harbour (quite a walk) sightseeing and relaxing.

Getting to Zakinthos requires the tenders. We drop anchor in the bay and are taken in small groups (a hundred or so) in the ship’s lifeboats directly to the quayside. The return journey was fun (but we’ll reserve that story for an e-mail or a phone call when we return).

Tropical night on the ship tonight and another outfit opportunity for the ladies. There’s a pool-side tropical party at night which we attend before returning inside for the daily syndicate quiz between at 10:45pm.

The long days are catching up on us. Rarely in bed before 1am and usually up before 8. The sea days on our return might be an opportunity to rest a little more. It’s all still too exciting.

The weather is absolutely fantastic. Sunbathing in the Med in October. Great. 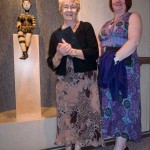 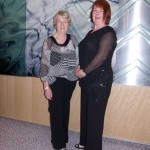 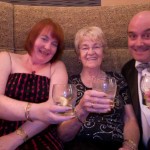 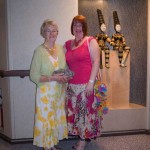 I’ll try and post again before we visit Venice on the 25th.

I have collected a large number of various photographs so far but thought that the outfits for the last few days would be the best for the confined readership that we have.

It’s a short hop to our third destination. The Greek port of Corfu is only one night’s sailing from Zakinthos. 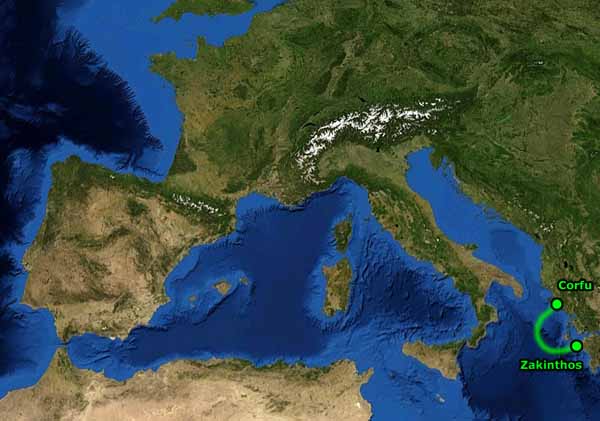 We leave Malaga and sail east, arriving at the Greek port of Zakinthos after a further 3 mights at sea. Disembarking at Zakinthos will be all the more fun because we will land by tender rather than gang plank. We spend a full day in this part of Greece before setting sail in the evening for our third port. 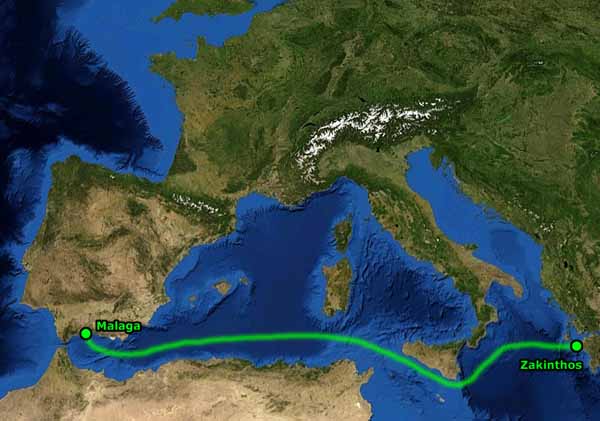 External links are selected and reviewed when the page is published. However, KaiTak.org is not responsible for the content of external websites. This is because:

Some of our external links may be to websites which also offer commercial services, such as online purchases.